In 1968, while a senior at Cornell University in Ithaca, NY, I travelled to New Hampshire to campaign for Eugene McCarthy in that state's Democratic Primary. McCarthy was an anti-Vietnam War candidate and had captured the attention of those of us in "the movement."

To my great surprise, I have just come across a mention of my being there. (My name was Diane Weinberg back then. I took Daffner when I married Richard, and changed to Diana at that time!)

I don't remember this specific incident, although it has started to tickle the edge of my memories. What I DO remember is going door-to-door in very cold New Hampshire weather. (In this recent election, 2020, I campaigned by phone from home. More comfortable but fewer interactions.)

The article, written by J. Hayden Lynford, was about the Democratic Convention, and was published in 1968. In this excerpt, the author is writing about Theodore White and recalling his being at the New Hampshire primary earlier that year. 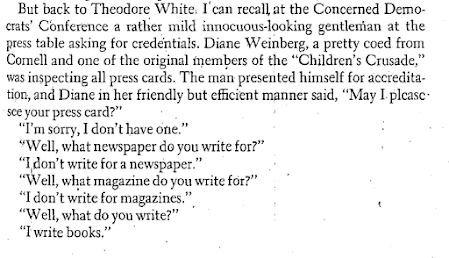 The recent release on Netflix of Alan Sorkin's film, the Trial of the Chicago 7, has gotten me thinking about those times. I plan to also watch (haven't yet) an earlier film about that trial, probably less slick but even more accurate, the docudrama Conspiracy: The Trial of the Chicago 8 by Jeremy Kagan.
I also recently enjoyed watching The Boys Who Said NO!, a film about the Vietnam war and the draft resistance. I knew several of them. 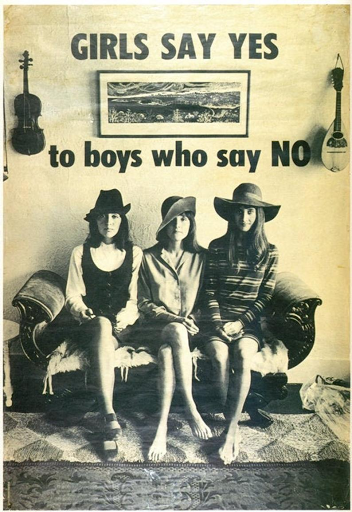